Adit Pank, otherwise known as Edith Pank, is an artist and illustrator living in Israel.  It was there, in the early 1970s, that she met Raymond Rowley King and studied painting with him.  So far, we have one work by adit, which is shown on the Edwards/Pedersen Collection page.  It is an exquisite drawing of a woman wearing a hat. 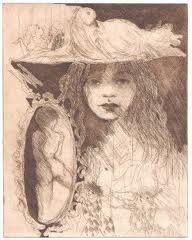 Occasionally other works show up at auction.   Most recently an oil on canvas, titled Woman in Window, has been offered on eBay. 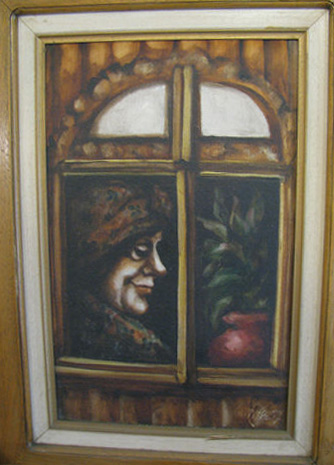 An additional oil on canvas, titled Woman, has previously been offered on eBay. 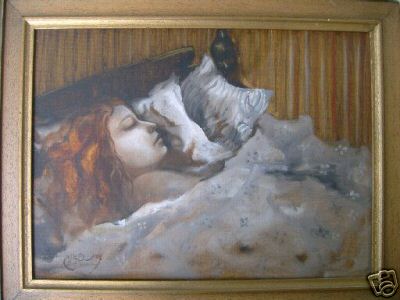 This is a photo of Adit Pank as she appears on Facebook.

It is possible to believe that the Woman With Hat is a self-portrait.

These, also, may be self-portraits. 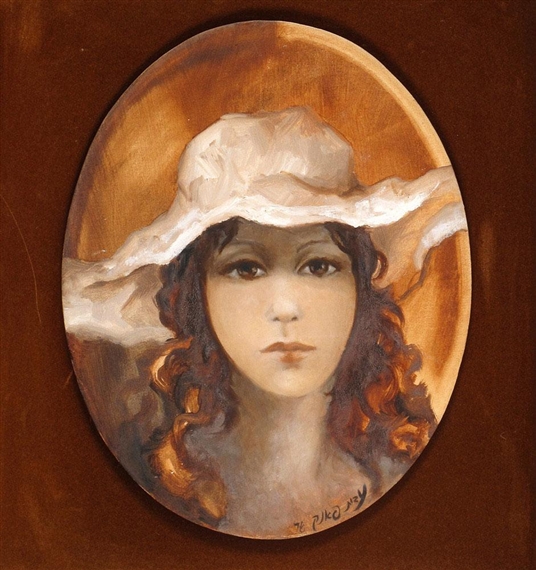 I have titled it Woman With Hat also, because that seemed to fit.  The next is, I believe, titled Girl with Clown Doll. 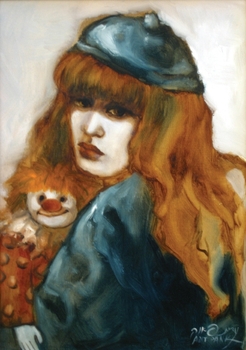 I will go out on a limb and suggest a title for this next one of Portrait of a Woman with Mirror Reflecting Semi-nude. 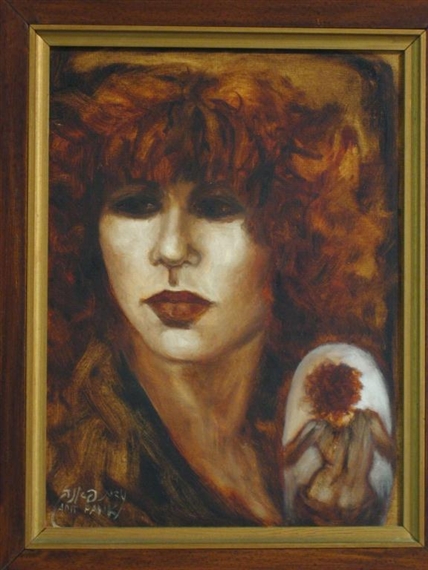 One final piece is of a group of people at a gathering, one of who appears to be in a bridal veil. 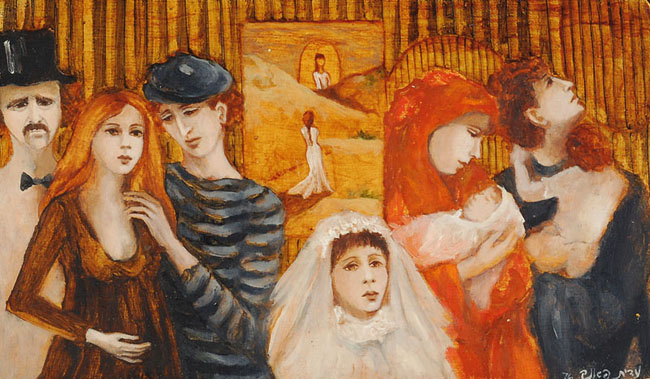 I have taken the liberty to title it A Wedding Party.  I have neither title nor dimensions on any of these.

An additional painting has been offered on eBay.  I shall call it Dancers and String, for lack of a better title. 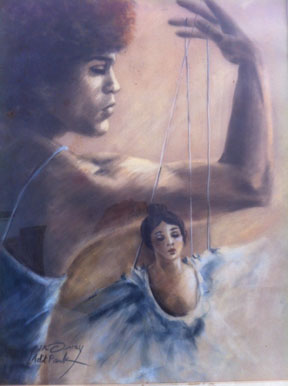