For some time now, I had represented our collection of art produced by Maxine DalBen on the Edwards/Pedersen Collection page.  For purposes of continuity, I have decided to place all of her works on to this her own page.    Until recently, I was aware of only one other painting sold at auction, a landscape titled Quartz Mountain Road.  The road is locate more or less east of Amador City in California.  Maxine lived there for a while and painted in a studio up on Church Street.  Today, Quartz Mountain Road runs through an area with house so large and pretentious that they must all have been bought by lottery winners, judging from the images that show up when I Googled the name of that street in Google Image.  It was sold at auction by Clars Auction Gallery in Oakland, California. 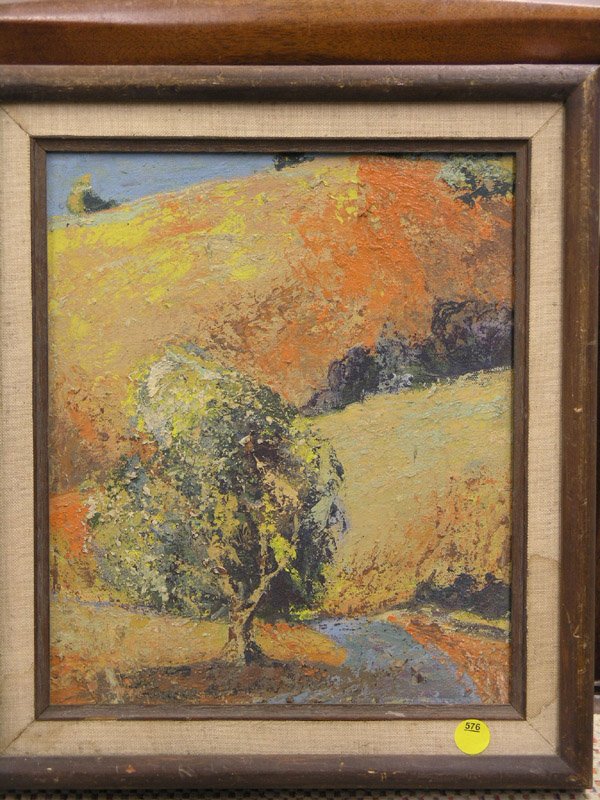 This piece must have been painted in the 1970s.

Until recently, that is the only painting for which I had an image, apart from those that we own.  I received an email in early February of 2012, from someone who had purchased an early work of hers.  He send an image of it to me. 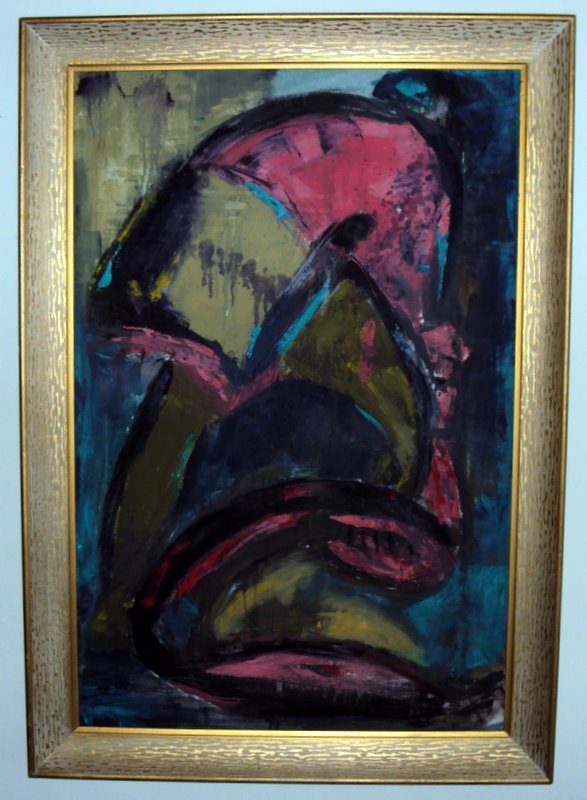 The title is Skywalker.  It is of a  a “Native American demi god collecting the souls of the fallen warriors”.  It was painted in 1954.  The individual contacted Maxine and ask about the painting.  She responded with this handwritten note: 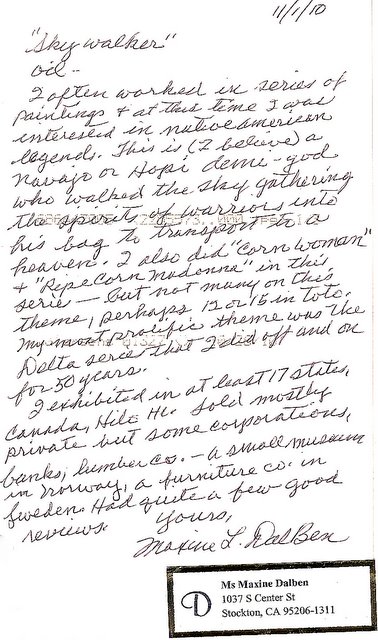 An interesting reminiscence on a meeting with Maxine, written by Alicia Hugg, may be found here:  http://wattspawn.blogspot.com/2012_01_01_archive.html 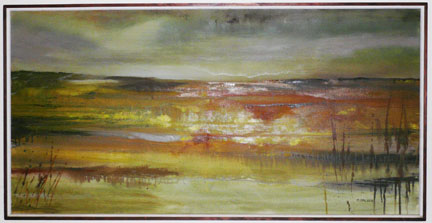 This oil painting is a part of the Delta Series and is titled “Tule and Fields, Lower Jones Tract”.  The dimensions are 24″ by 48″.

Downstream from these calamitous events there are additional confluences.  The Cosumnes River and Mokelumne River add there bulk just south of the City of Sacramento.  But then, at a point about fifty miles south of Sacramento, the San J0aquin River attempts to reach the sea through the same channel as the already swollen Sacramento. River.  Wheteher by breach of levy or by over-topping their limited height, much of the lowland near Stockton were inundated.  Recorded here, in a painting by Maxine DalBen, is a farm house, set wisely on high ground, is surrounded by flood waters.

The technique involved in making this piece that an image of the farmhouse was built up in impasto on a hard surface, then a canvas stained with misty background colors was pressed against the hard, impasto-ed surface to transfer that image on to the canvas.

There are in existence a number of much larger works in the Delta Series.  To date, no one has brought them to my attention.